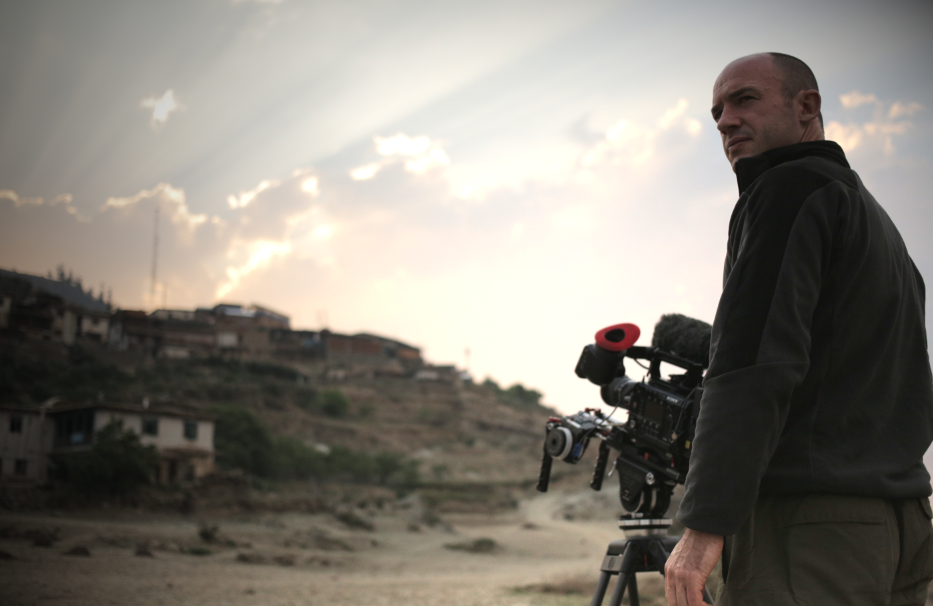 “I remember one specific moment during the sea trials when I looked across the boat and saw Charlie grinning to himself. He was loving every moment.“ –
Bear Grylls, Facing The Frozen Ocean (Macmillan 2004)

“Charlie Laing is an excellent cameraman. He’s creative, hard-working and always has the best kit. I think two things set him apart. He listens. He keys into the project intellectually and emotionally. It means that he is able to respond to what is happening. He is also physically tireless, so whether you are filming in Somalia or hanging of a cliff with Bear Grylls, you know that he is 100% reliable both as a professional and as a person.”

With a degree in Politics and an MA in Documentary Production, Charlie has spent the last 20 years documenting the most extraordinary places on earth for broadcasters including the BBC, Channel 4, ITV, NBC, Discovery and National Geographic.

Trained as a lighting cameraman, Charlie has filmed a wide range of films from the Observational (Great Ormond St, Iceland:Life in the Freezer BBC2) to Arts (Shakespeare Uncovered, BBC4) and current affairs (numerous Panoramas and Dispatches) to Travel docs (Flying to the Edges of the World Ch 4, Escape from the Most Dangerous Place on Earth BBC3).

His predilection for adventure has taken him across treacherous stretches of water aboard Bear Grylls’ 30ft dinghy to achieve the first unassisted crossing of the north Atlantic Arctic Ocean, in an open rigid inflatable boat. The team suffered weeks of frozen spray and icebergs, battling force 8 gale winds, hypothermia and storms to make the journey from Nova Scotia to Labrador, via Greenland and Iceland down to Scotland.

Charlie has his own kit (including 4K camera, timelapse dolly) and has a BSAC Dive Leader/Padi Advanced. He has completed specialist courses in Sea Survival, Helicopter Dunker Training (Sea platform landings) and Hostile Environment Training.